The Birthstone of September: The Sapphire

Internationally recognized for its showstopping royal blue color, the Sapphire is September’s birthstone and the astrological sign of the Taurus in lithotherapy. One of the most popular and beloved precious stones in the world, the Sapphire is found in a multitude of shades spanning the rainbow. The only color that does not exist in a sapphire is red, for the sole reason that it is called the Ruby. 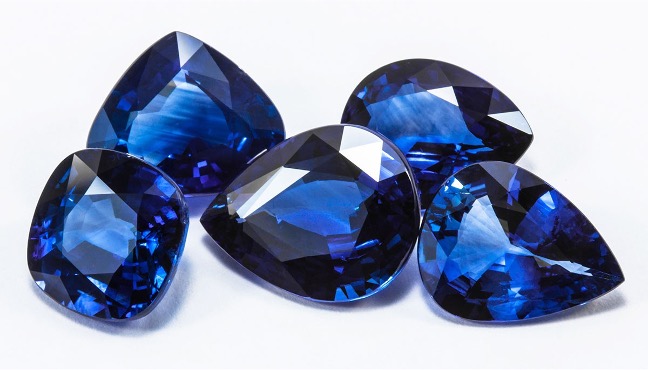 The Sapphire belongs to the corundum family, as is the Ruby. Its crystals are composed of oxygen and aluminum; however, its deep blue color originates from chemical elements such as chrome, titanium, manganese, vanadium. This precious stone has symbolized loyalty, nobility, sincerity, and truth for hundreds of years.

Throughout history, the blue sapphire has served as a talisman and amulet to its owner. From Ancient Greece’s elite who perceived the stone as a protector from evil and envy to the Ancient Persians who believed the earth had been created and rested on a giant sapphire, reflecting its blue color in the sky, the sapphire has been admired and adored.

Known for its healing powers, the Medieval Europeans used this precious stone to cure the boils of plague and eye-related diseases. It was also used as an antidote against poisons.

People and the Blue Sapphire

The blue Sapphire has remained highly appreciated by royal families and former Russian dynasties, such as the Romanov dynasty, which ruled Russia for more than 300 years (1613-1917). Catherine II, Empress of Russia, belonged to the Romanov dynasty by marriage after marrying Peter III. She was initially a German princess who established herself as one of the most outstanding leaders of Russia (1762-1796). It is said that during her reign, Catherine The Great received a blue sapphire of 337.10 carats from a secret lover. She gave her name to this magnificent precious stone, “The sapphire of Catherine the Great.” Her stone is a sapphire of an intense blue, cut in oval, facetted, whose cut, size, color, and clarity are perfect. In 1951, this sapphire was valued at $250,000 and was listed as the eleventh largest sapphire globally. 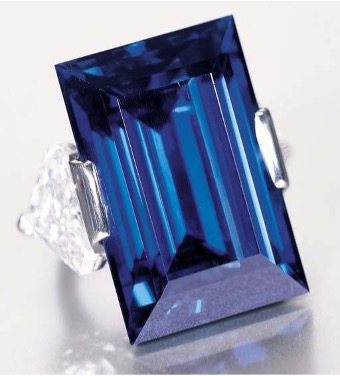 John D. Rockefeller Jr. the famous American financier, decided to invest in a blue sapphire from Burma in 1934. This sapphire is one of the most famous, with a total weight of 62.02 carats. This sublime stone of perfectly rectangular size was first used to make a brooch, then this magnificent sapphire was sold several times at auction. It is now mounted on a white gold ring set with two 2-carat white diamonds, on the sides. The “Rockefeller Sapphire” is the most expensive Sapphire, winning a record price of over $3 million at auction, sold by Christie’s in New York on April 11, 2001.

The best-known sapphire of all remains the one worn by Diana, Princess of Wales. In 1981, Lady Diana was only 20 years old when Prince Charles made a proposal of marriage with an engagement ring decorated with an 18-carat blue sapphire, set with fourteen white diamonds mounted on white gold. This blue sapphire ring had been chosen by Diana, Princess of Wales herself, although this was long disputed by the Royal family, because this ring seemed far too banal in their eyes. Prince William inherited this iconic ring when the princess passed away and asked Catherine Middleton, now known as the Duchess of Cambridge, to marry him in November 2010. This gift to paid tribute to his mother, remaining a true symbol of strength and love. This sapphire engagement ring is the most photographed in the world. 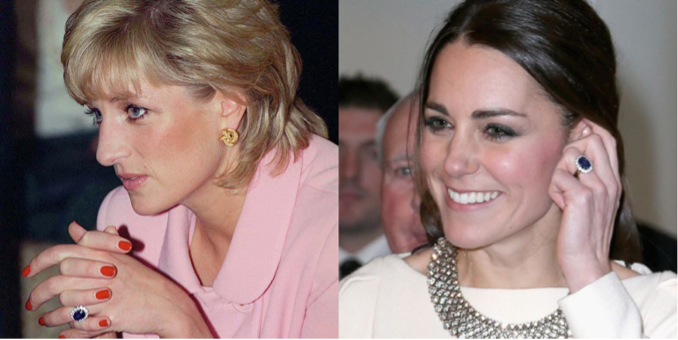 Where to find it?

The Blue Sapphire is extracted from the Kashmir region (between India, Pakistan, and China), Burma, and Sri Lanka, the three most important sources for this colorful gemstone. It is found in many other countries such as Australia, Madagascar, Cambodia, United States, and across Asia and Africa.

In 1881, an impressive sapphire deposit was discovered in Kashmir following a landslide in the Himalayas. Spectacular pockets of velvet blue crystals were recovered by the army of the Maharaja of Kashmir. Until 1887, thousands of large crystals were extracted. The faceted stones of these crystals have established the reputation of the Kashmir sapphire as one of the most coveted stones in the world.

The Mogok region of Burma is also an important source of blue sapphire production. The color of the Burmese Sapphire is vibrant and intense, making it particularly popular. It is found in the hills, buried in the jungle, near the ruby deposits, but smaller. This world region has a great wealth of fine gems, alongside peridots, spinels, jades, zircon, amethysts, and many more.

Sri Lanka has been known for more than 2,000 years as an essential source for the production of Sapphires. Their color is less intense and produces many fancy colors. However, Thailand is widely recognized as a crucial cutting and processing center for these colorful gems. It is not uncommon for Burmese sapphires to arrive in Thailand to cut and process them and then send them to Bangkok, an essential hub of gemstones.

Properties of the sapphire

The blue sapphire is a very robust gemstone, and its high hardness reached 9 out of 10 on the Mohs scale. Rare is the harder gemstones than the blue sapphire, except the diamond, which scores 10/10 on the Mohs scale. Due to its hardness, the Sapphire is an ideal gem for making a ring or jewelry to wear daily. It is almost impossible to damage or even scratch. The Sapphire is very resistant to extreme temperatures and valued long-term investment.

VITALE 1913 has a wide range of blue sapphires available to design your tailor-made jewelry. It is a stone particularly appreciated by the high-jewelry brand and is one of the favorite stones of its owner, Alberto Domenico Vitale. It is not without reason that VITALE 1913 chose the blue color to represent this beautiful brand. VITALE 1913 offers a large selection of jewelry, rings, earrings, and necklaces, made from blue sapphire. We invite you to discover the sapphires offered by VITALE 1913 and design your dream creation today.